OK, it was a tall order. We admit it. People loved the original MPDs so much that we didn’t want to mess with success.

The MPD2 Series is a product of over six years of detailed customer research and user feedback. We asked what you wanted and we listened closely. We took what you told us and turned it into the most capable and user-friendly line of pad controllers Akai Professional has developed to date.

Nitty-Gritty
The MPD226 is a MIDI-over-USB pad controller perfect for producers, programmers, musicians and DJs alike. Its intuitive blend of MPC controls and technologies mesh with easy USB connectivity to bring the feel of classic beat making into the world of computer music production.

Experience the Difference
First, we stepped up our game by adding new, ultra sensitive Thick Fat MPC pads, creating an amazingly responsive user experience. The MPD226 has an expanded control set featuring four knobs, four faders, four buttons arranged in three banks for 36 total controls versus 12 on the MPD26. This will enable you to maximize your sound and give you increased control over effects.

MIDI information is sent over its plug-and-play USB interface for use on Mac or PC, eliminating the need to install any drivers.

Our MPD2 Series marks an important evolution of the pad controller. Many years of research and customer feedback has led directly to some of the most capable pad controllers we’ve ever developed. These MPDs are the perfect bridge between your creativity and your computer-based studio. 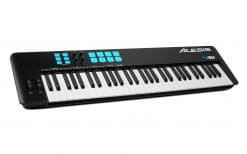 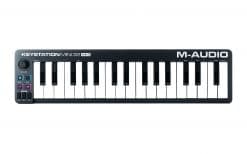